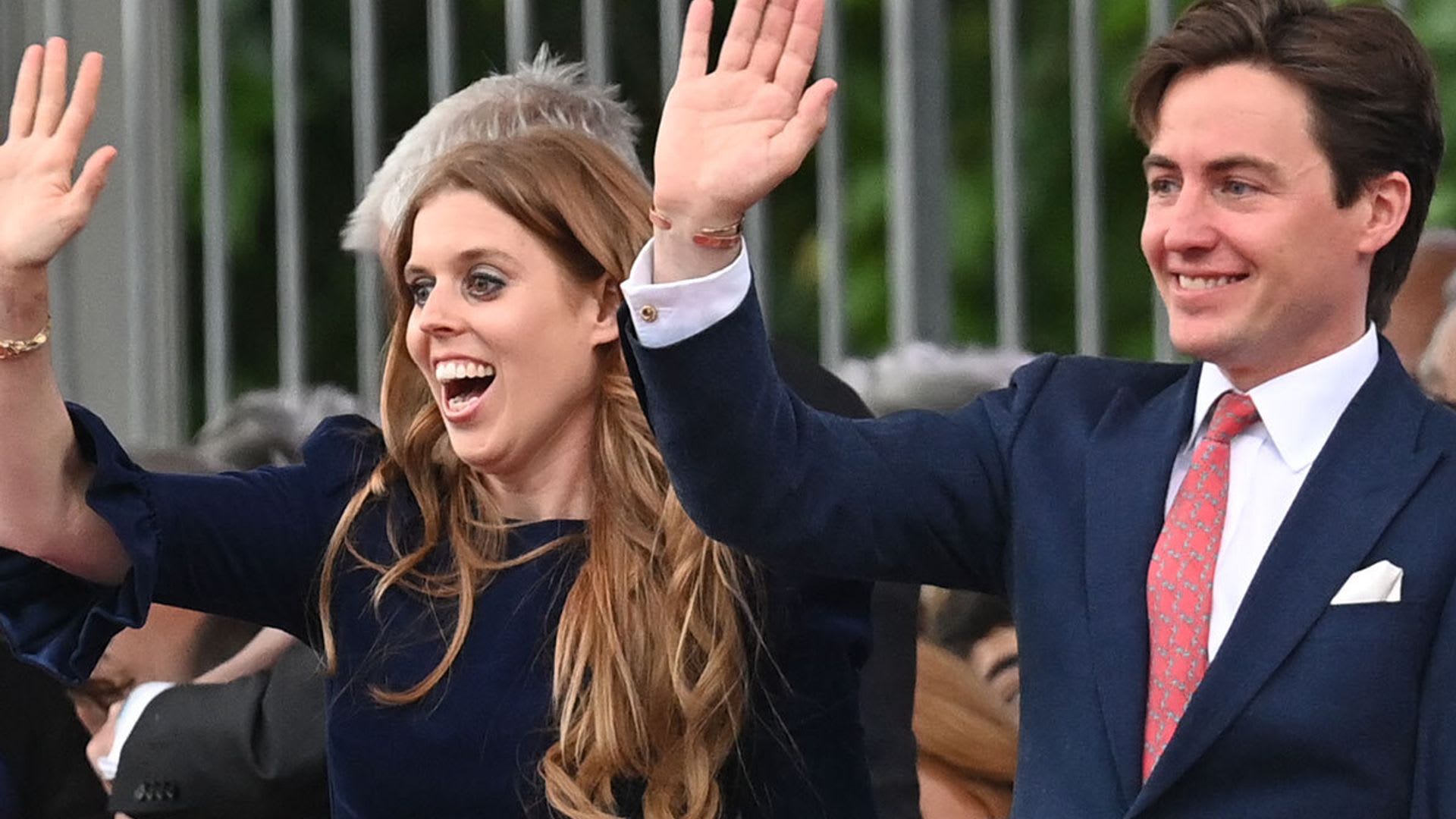 
Princess Beatrice attended the Jubilee concert at the palace, wearing a sensational dress from The Vampire’s Wife. The Queen’s granddaughter looked delighted to be surrounded by the other members of the Royal Family.

Princess Beatrice looked super glamorous as she took a maternity night out to attend the Platinum Party at the Palace with the other royals. The Queen’s granddaughter looked stunning in a navy dress from The Vampire’s Wife as she enjoyed some of the country’s finest musicians performing on stage.

RELATED: Jubilee Party at Palace LIVE – ALL the best photos from the biggest party of the year

SHOP: 15 Jubilee Sales That Are So Good They’ll Make You Applause

Princess Beatrice looked sensational in the floaty navy dress as she waved animatedly to the crowd. Her chic ensemble was completed with a gold bracelet and a fascinator.

The mother-of-one, married to Edoardo Mapelli Mozzi, is a regular at royal events, and we’re delighted to see the 33-year-old so happy.

While we adore Princess Beatrice’s ensemble, her hair really stole the show. The royal wore it long and loose, with delicately pinched tendrils adding a touch of volume – hair fit for a princess if we’ve ever seen it!

RELATED: Do You Love Princess Beatrice’s Floral Tea Dress? ASOS is selling a lookalike for £20

The Platinum Party at the Palace brought together the world’s greatest artists for an evening of musical tributes to celebrate Her Majesty’s Platinum Jubilee. Hosts Kirsty Young and Roman Kemp will lead Platinum Party coverage at The Palace, allowing viewers watching at home to get in on the action.

STORE: The best coat dresses inspired by the royal family: from John Lewis to LK Bennett

To the delight of royal fans, Princess Beatrice stepped out in a number of spectacular outfits for the Queen’s Jubilee this week, and one of our favorites is the Beulah’s buttoned blue dress that she wore to the Thanksgiving service. Pairing the outfit with a chic matching hat and a sophisticated blue clutch, the royal looked absolutely radiant as she made her way to St Paul’s Cathedral with husband Edoardo Mapelli Mozzi.

Do you like this story? Sign up for our special Queen’s Platinum Jubilee newsletter to get the latest news, photos and videos related to Her Majesty’s special milestone.

The HELLO! is editorial and independently chosen – we only feature articles that our editors like and approve of. HELLO! may receive a share of sales or other compensation from the links on this page. To find out more visit our FAQs.