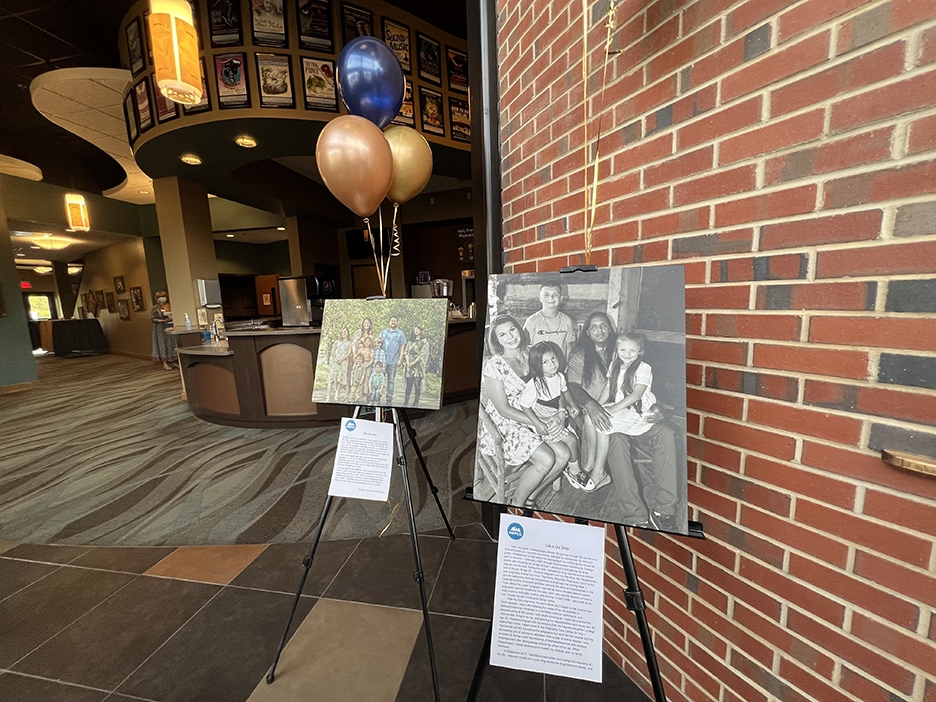 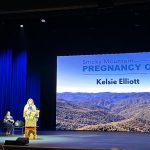 When Kelsie Elliott was just 20, she became pregnant with her first child. Her inexperience with pregnancy brought her to the Smoky Mountain Pregnancy Care Center where the welcoming and safe environment helped prepare her for her journey into motherhood. With the help and guidance of the Smoky Mountain Pregnancy Care Center, Elliot welcomed his first child in April 2009.

Shortly after giving birth to her first son, Elliott became addicted to methamphetamines and spent the next five years in and out of prison, struggling with drug addiction and embroiled in a domestic violence relationship. At 25, Elliott learned she was pregnant again and turned to the Smoky Mountain Pregnancy Care Center again. Throughout her pregnancy with her daughter, the center helped Elliott stay sober and prepare for her next child. However, shortly after the birth of her other daughter, Elliott again fell into the devastating grip of drug addiction. After being arrested for driving under the influence of methamphetamine, Elliott made the decision to enroll in a year-long rehab program. It was then that the center helped Elliott change the trajectory of his life for the good of his family. With help from the Smoky Mountain Pregnancy Care Center, Elliott got and stayed sober, and worked to rebuild the values ​​and foundations she wanted in her life for herself and her children.

“Almost 13 years have passed since I first came to the Smoky Mountain Pregnancy Care Center,” Elliott said while addressing a crowd at the center’s 20th anniversary. “Since that time, I’ve been through a lot of ups and downs; however, I never stopped moving forward. Today, my family and I live a comfortable life here in Macon County. As a family, we enjoy outdoor activities such as camping and swimming, and the children enjoy participating in various sports teams such as football, cheerleading competition and gymnastics. I want to thank everyone at Smoky Mountain Pregnancy Care Center for all the support given to me and my family. Thank you all for being such an important part of my story.

Elliott is set to graduate from college in December this year as a certified alcohol and drug abuse counselor and is currently an intern for No Wrong Door for Support and Recovery.

Elliott was one of the guest speakers at the Smoky Mountain Pregnancy Care Center’s 20th anniversary celebration. The Pregnancy Care Center is a non-profit agency that provides care and support for women and men facing an unplanned pregnancy. Its free and confidential services include, but are not limited to, pregnancy testing, limited ultrasound, maternity and baby clothing and accessories, adoption referral, post-abortion counseling, educational materials and friendship. Smoky Mountain Pregnancy Care Center services are provided without regard to age, race, income, nationality, religious affiliation, disability and/or arbitrary circumstances. Clients at the center are treated with kindness and compassion.

Through both tragedy and overheard conversations, in 1999 the harmful and deadly effects of casual sex and an unexpected pregnancy shocked the Macon County community. The wife of a local pastor responded to this situation and in 2001 opened the SMPCC as a resource and support center in Franklin, offering parenting and life skills classes, access to a rewards closet and peer-trained guidance. In 2004, the clinic incorporated pregnancy testing, limited ultrasounds, medical consultations and community referrals. Becoming a medical clinic has broadened its impact and brought many more women and men vulnerable to abortion to the center.

Saturday’s celebration featured the center’s new mobile unit, which provides patient care in western North Carolina through mobile technology and staff. The mobile unit – named Harmoni after a child born to E’Nisha Morris, a client of the pregnancy care center, is to serve WNC from Buncombe County and the west.

The celebration featured portraits of more than a dozen families who have received services from the center over the past two decades. Some stories told how the Pregnancy Care Center helped them navigate the process of placing a child for adoption, while others told how the center was available to worried parents when doctors’ surgeries were full and otherwise unavailable. in the small rural town.

Macon County Sheriff Robert Holland, a former pregnancy care center board member, spoke about his time working as a detective for the sheriff’s office when the body of a deceased newborn baby was found among the waste from the landfill. Sheriff Holland used this experience to show how important the center’s resources are to the communities it serves.