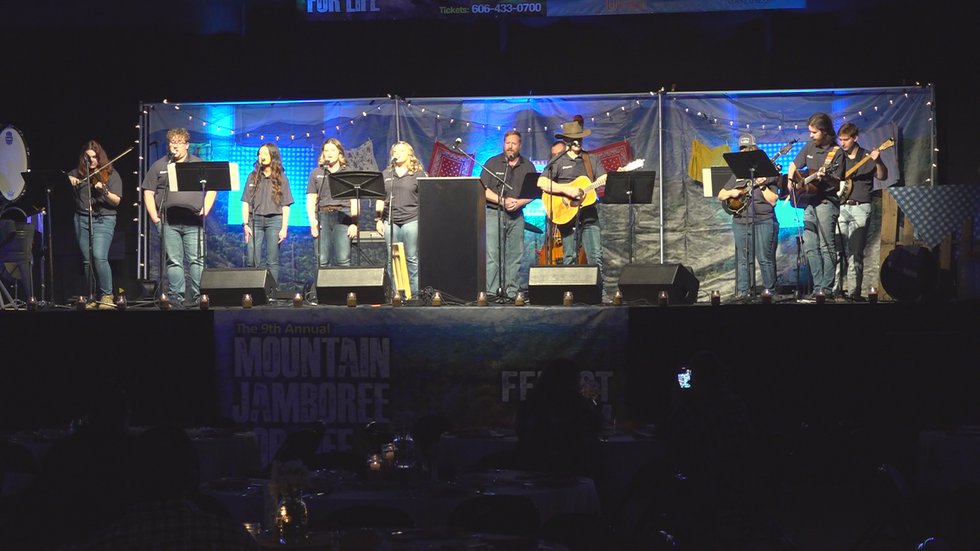 The event, held at the Appalachian Wireless Arena, brought center supporters into the space for a fried country night on the town: with music performed by the Pikeville University Bluegrass Band and the Marching Band of Pike Central High School, a live auction on stage, and a fried chicken dinner for every table.

“Tonight is a celebration of life,” said Jimmy Blackburn, Chairman of the APCC Board of Directors.

But the event was not just about celebrating 15 years of community service, more than 7,500 families served and 750 babies born under the APCC umbrella. It was about bringing in more money to continue the mission.

Hammond said the mission, to provide resources and care to pregnant women and families in times of need, is part of the center’s devotion to the sanctity of life. With courses and programs for

“I am delighted that we are here to support life. It’s so important,” she said. “We just feel like we’re taking care of girls and guys who are really scared. It’s a scary time in a young life and we’re looking after those clients. We show support and love and also connect them to many other resources.

The night included a silent auction and a photographer, with proceeds going to support the center.

“I just can’t thank our community and surrounding communities,” Hammond said. “People believe in what we do.”

According to Virginia Bowling, the night was more than just a celebration. It was a realization. Bowling was the center’s first client when she became pregnant at age 15.

“It’s really hard to feel, you know, that your parents aren’t there for you.” You feel alone and you don’t have a support system, and you have to prove everyone wrong because everyone expects you to fail,” Bowling said.

Now, with three daughters, she says the help and guidance she received there is something she will never forget. She said the center and Hammond taught her that she had nothing to prove to anyone except to prove to her children that they were worth it.

“I had a choice to make and I chose life. And it was just – God spoke to me and I just knew whatever situation I was in, I was going to be able to handle it,” she said.

So, she encourages people to participate in events like fundraising to help keep children safe and sound in the area.

“And for me to walk into such a big room and show my kids, those are the people who helped us get to where we are today,” Bowling said.

The center has not only grown in its mission, expanding to programs for grandparents and more, but it is expanding into a new space. Hammonds said the move will be a new chapter for the center and is only possible because of the support he has enjoyed during his time at Pikeville.

“We have been renting our building for 15 years and it is a very good building. He achieved his goal. But now we will own our own building and we are just thrilled,” she said. “So I’ll probably beg for more money.”